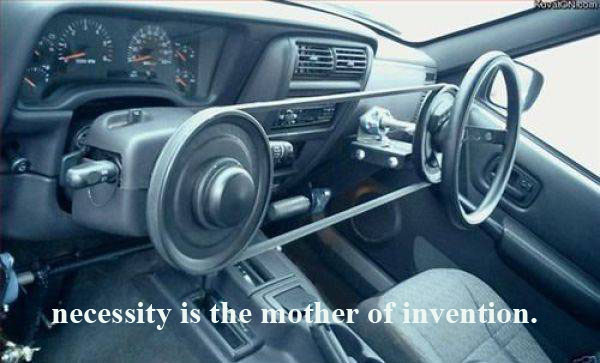 It’s commonplace to connect multiple company branches and central office by VPN. For my customers for example it’s needed to :

The easiest case to build site to site/s2s VPN is when central office and all branches have static real IP(s) and used professional routers/modems allows l2tp/ipsec site-to-site/s2s VPN. The majority manuals and instructions in the Internet are usually exactly for a such classic and the most recommended case (just differenet manuals for various vendors).

But real life cases are more diverse, there are many exceptions, special cases for SMB:

So let’s consider that SMB company central office has good ISP SLA with static real IP(s), but they have the worst case at multiple small branch offices:

So is it possible to create a rather stable s2s vpn in a such case?

Yes. We can use OpenVPN plus pfsense VM with openvpn support.

Usually 443 port is not blocked, openvpn client can reach openvpn server even thru proxy. OpenVPN client doesn’t need to have static real IP and in spite of own name “openvpn client” still provides site to site connection(whole network can work over a such VPN). Unlike pptp openvpn is not yet compromised  and vulnerable (just use latest version of OpenVPN without heartbleed bug). Moreover Microsoft RRAS demand-dial pptp vpn works only if both endpoints have static real IP.

Why pfsense (or other free alternative with openvpn support)?

Why not just another openvpn client/server (exists even for windows)? The reason is that to create s2s vpn each branch site should have unique subnet (to avoid later on routing problems). Some ISP not only limits you in the choice of equipment and access to the management of these foisted devices, but even limits you in the used subnets – so you cannot even change identical 192.168.0.0/24 subnet in several branches. Pfsense divides network to wan subnet (for pfsense it is “bad” 192.168.0.0/24 subnet) and lan subnet (you choose it), and you can use openvpn connection from new lan subnet (for example 172.16.101.0/24 for branch01; 172.16.102.0/24 for branch02 and so on)  to central office subnet. OpenVPN client on pfsense are configured for LAN interface. Surely it adds overheads and can make inter-site network slow, but you can add vcpu/vram for pfsense or eventually give up with hope to build s2s vpn.

Why VMs, virtualization? Why Hyper-V?

At first easy deployment (one template for pfsense VM just copied to multiple branch servers), easy backup, restore and so on. The whole suggested solution is software solution, no need to buy, change network hardware (agree that it’s not so reliable and not so quick booting and so on, but flexible and almost for free). So to save on hardware we will use Hyper-V with debian(or other linux) openvpn VM server at central office and for each branch hyper-v server with pfsense VM.

For small branch offices (5-10 employees) Hyper-V will help to consolidate on one physical server VMs for pfsense, domain controller, file server and so on. In a such case Hyper-v is preferable also because of  the fact that UPS Powerchute, VM backup solutions can be installed directly on the hypervisor (unlike esxi which also doesn’t support many desktop drivers for NIC/storage; usually experts don’t like to overburden hypervisor by third-party software, but in budget all-in-one solution better to have data backups and smart power backups and consciously weigh risks). Other reason is that these Hyper-V servers can be ordinary desktop computer (at least i3 and at least 4gb RAM) with only one built-in NIC. Both WAN and LAN virtual networks for pfsense can be connected to one NIC (virtual switch) to already existing physical LAN switch (no need to install second NIC). We use pfsense not as a firewall (it implies that we already have ISP modem/router/firewall device which cannot be removed from the chain), but just as a router between branch networks. So you don’t need to place whole branch network behind this new Hyper-V server like behind firewall – just connect Hyper-V server to your branch office switch as another computer – that’s all. You even don’t need to run  “route add -p ….” commands on all branch computers to connect to the central office thru vpn if all computers access to internet now thru new pfsense as thru default gateway.

Hyper-V servers, physical servers should have in the CMOS BIOS power setting to autostart OS at restore of power after power failure (it’s true even if your server are protected by UPS and shutdowned via USB cable). The same for VMs (openvpn server and pfsense) they should autostart. Especially it’s true for branch office pfsense VMs – branch offices pfsenses initiate all vpn connections (they don’t have static ip so cannot be accessed/initiated by central office openvpn).

Advantages of a such configuration: